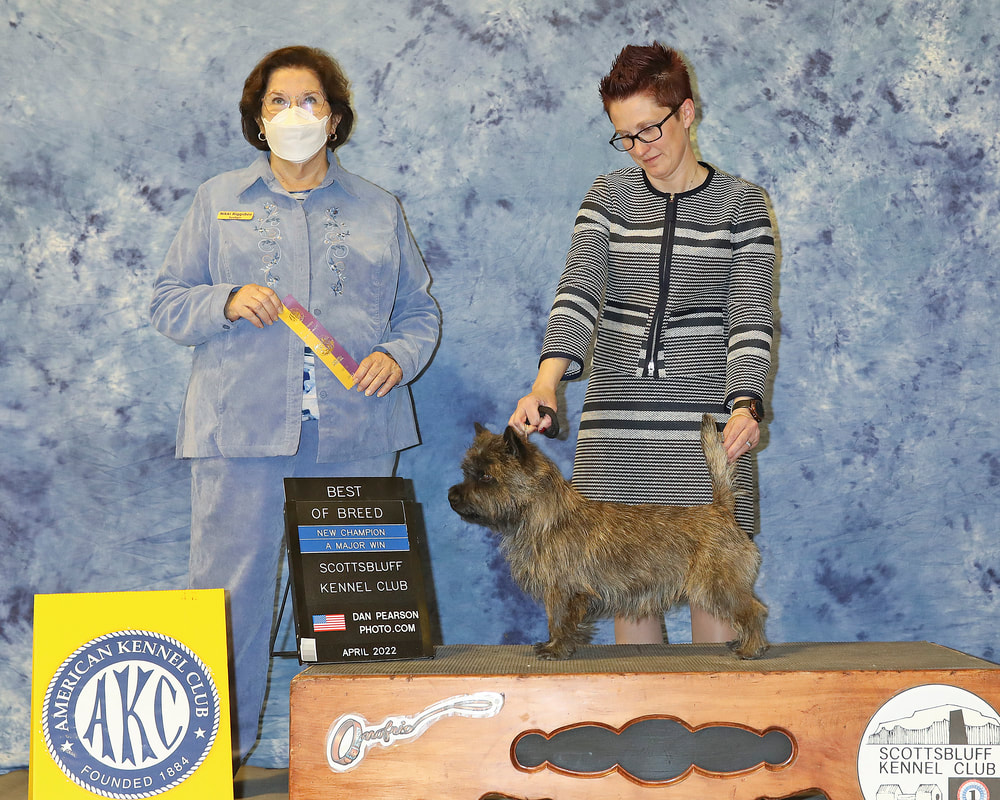 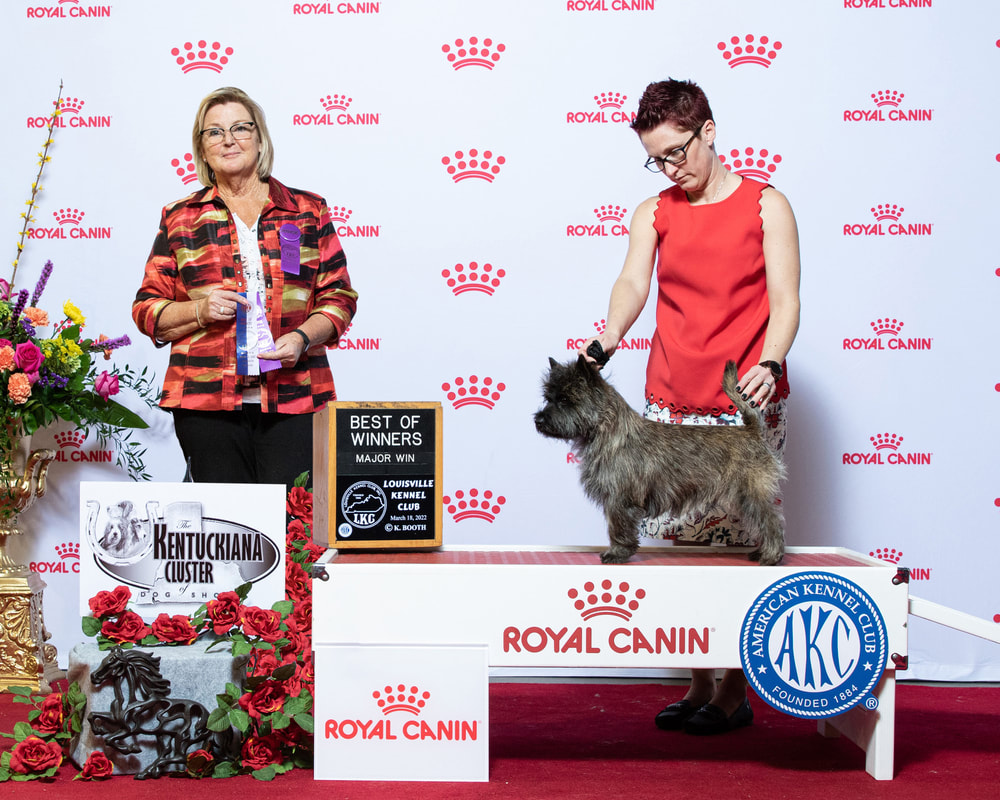 Marma's Cohen Fontierman Carson
Carson is from Texas as part of a breeding stock trade. Sweet fella. He has recently been traded to June Bug Puppies in Nebraska for Prairie Hill Rags, 1/2 brother to Ch. Higgin's Checkov 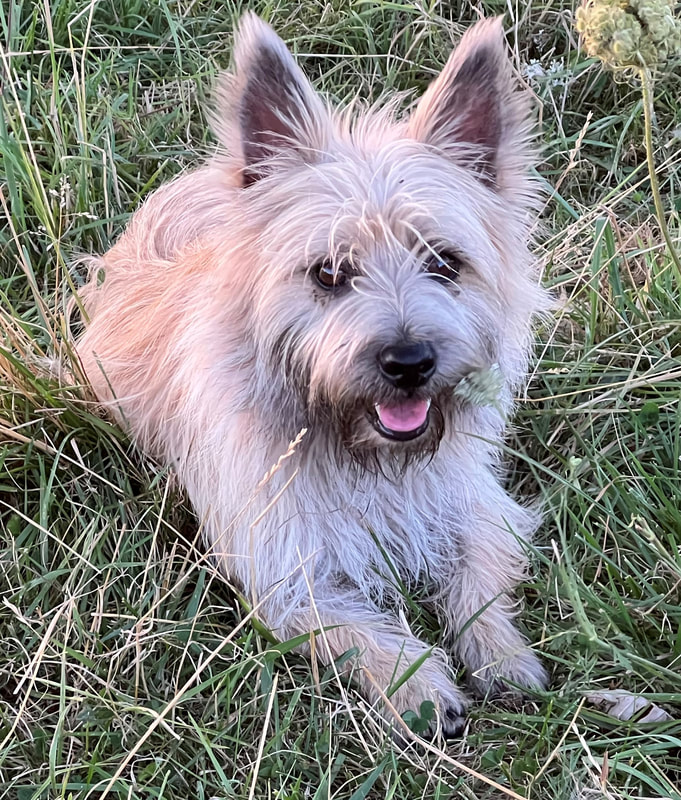 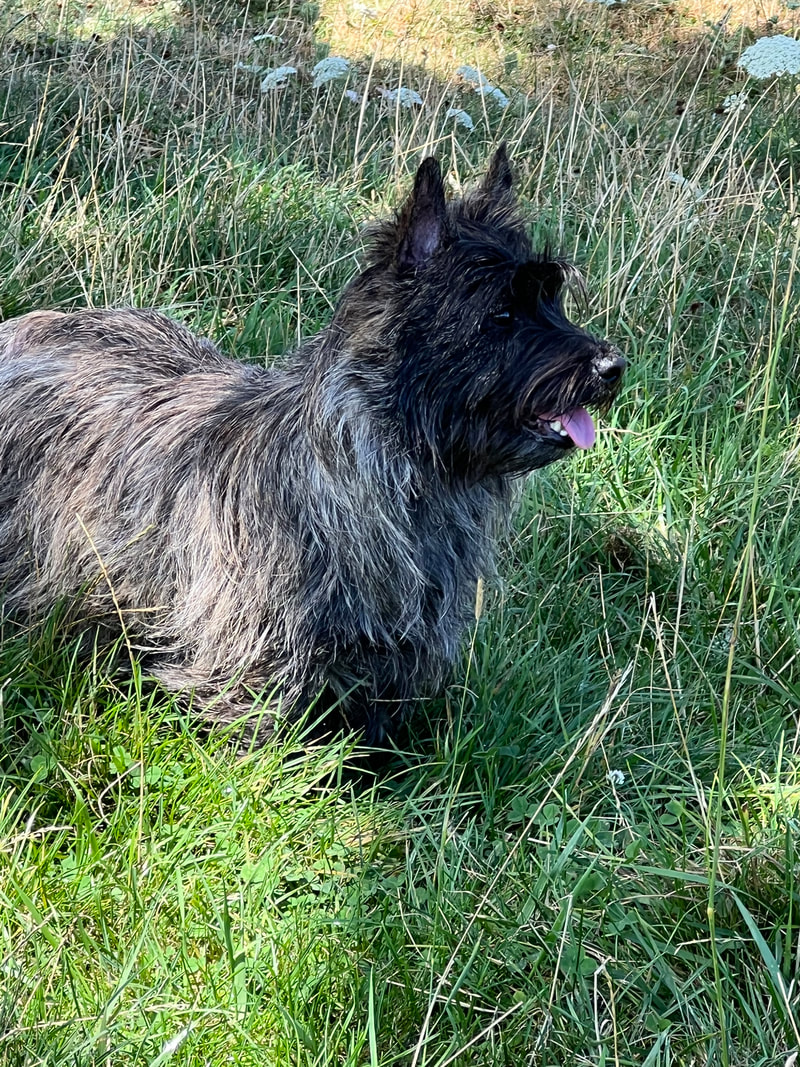 Dulci is daughter of Ch. Higgin's Checkov and Hannah of Cairn Terrier Creek

Marma's Sucha Vested Asset
Sucha is daughter of Dulci and Wee Mikey. She can be "sucha sweetheart" one day, and "sucha brat" the next! She is as wheaton as straw! 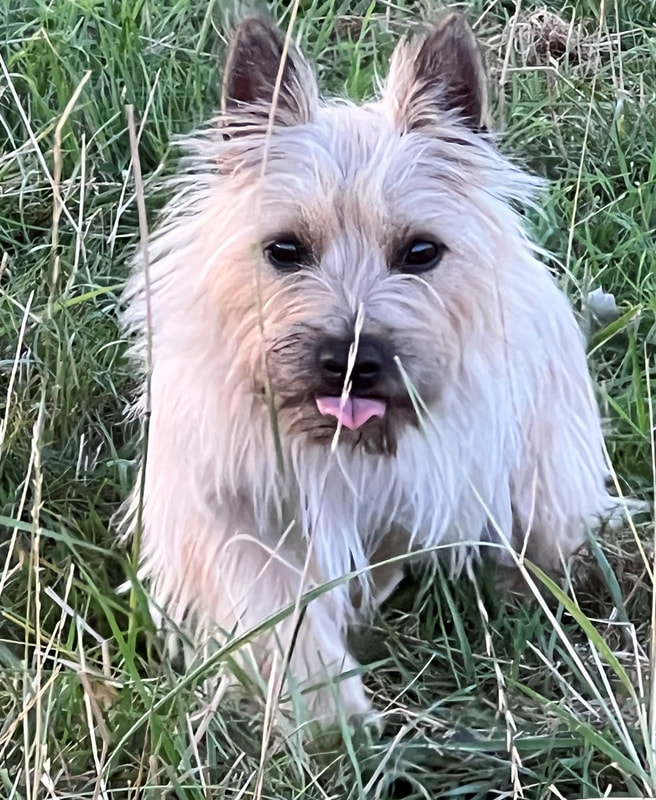 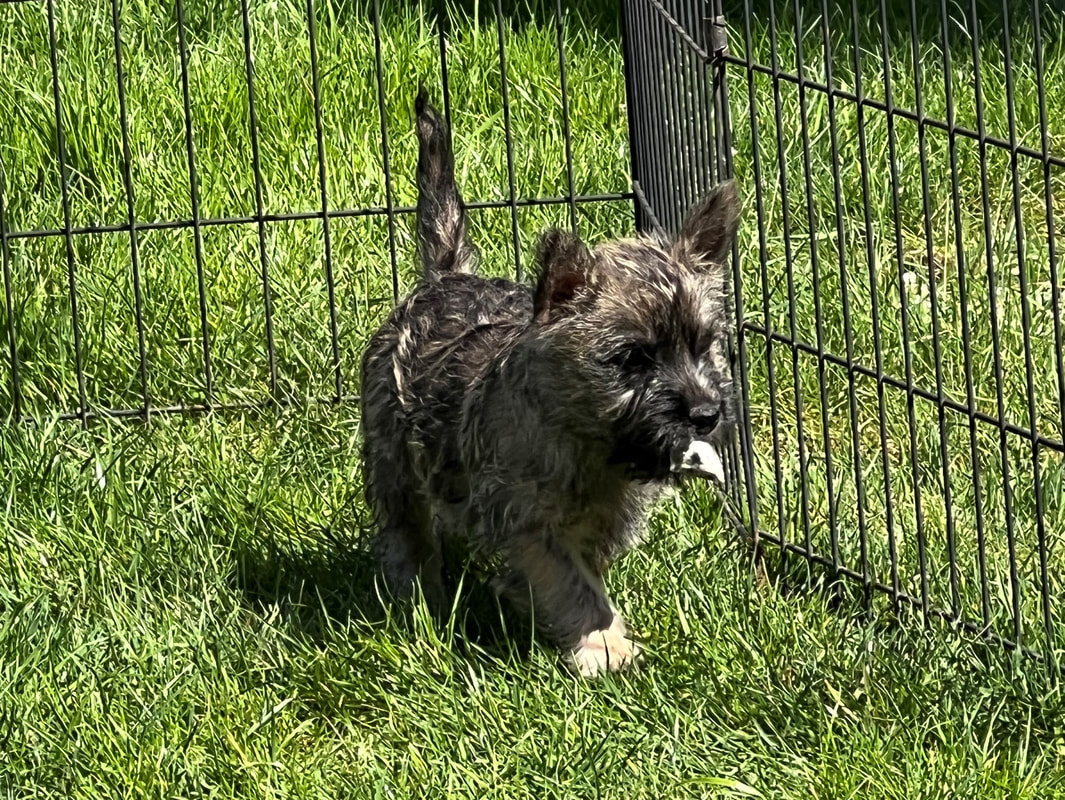 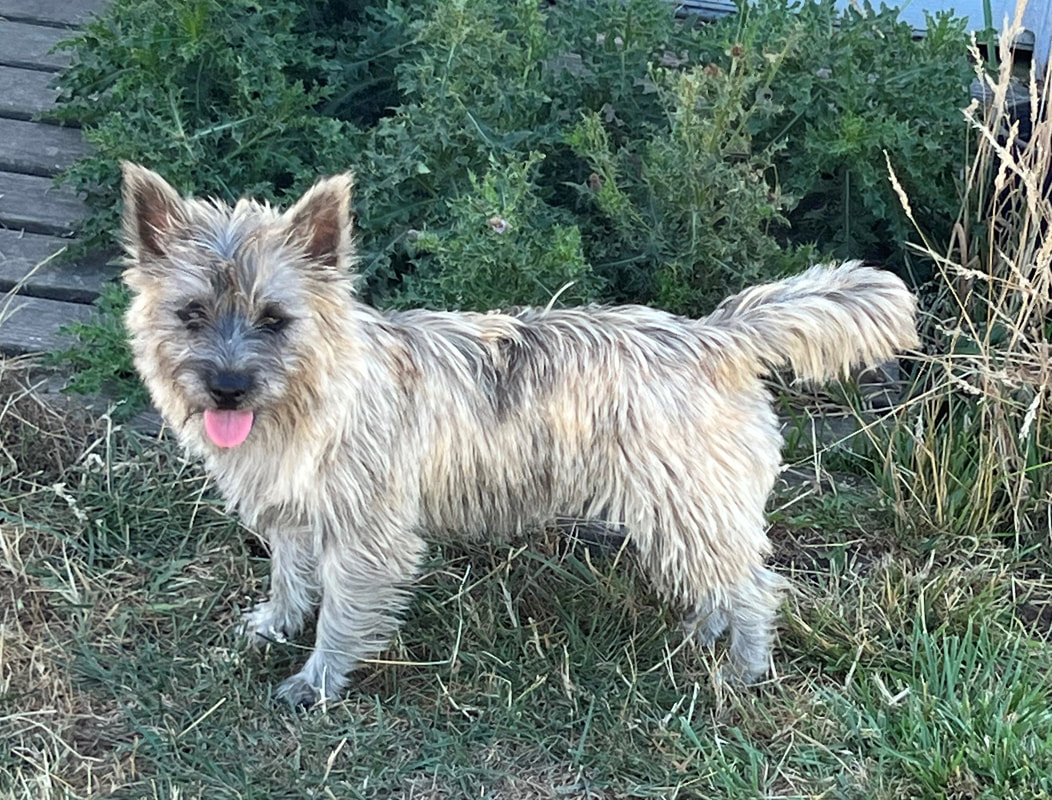 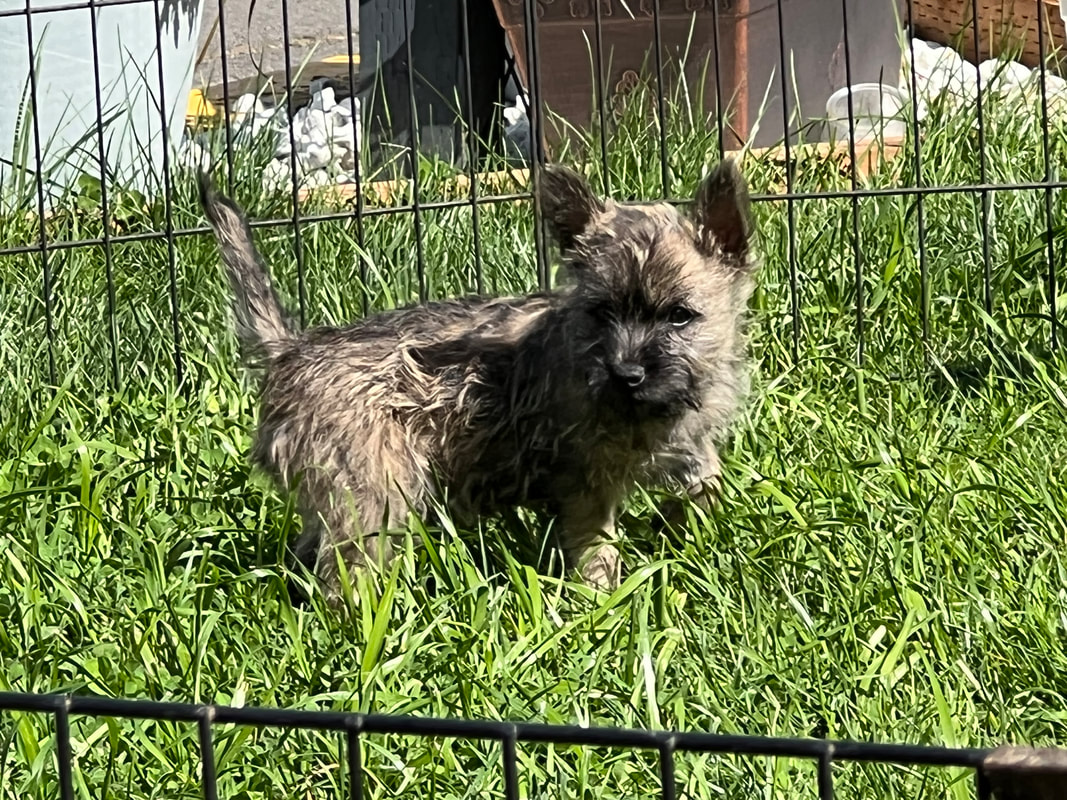 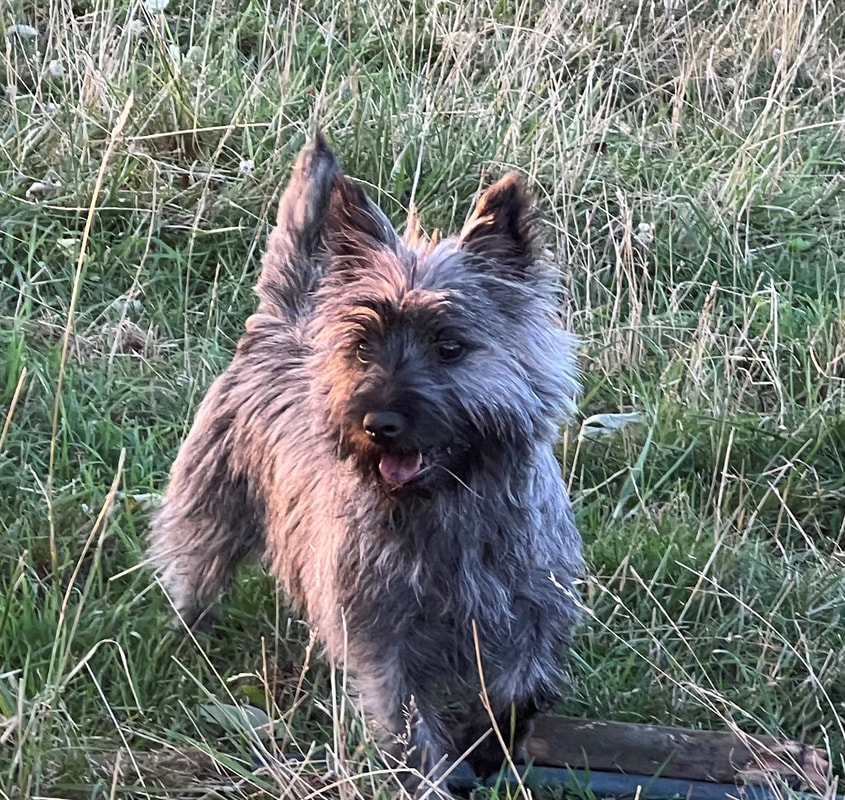 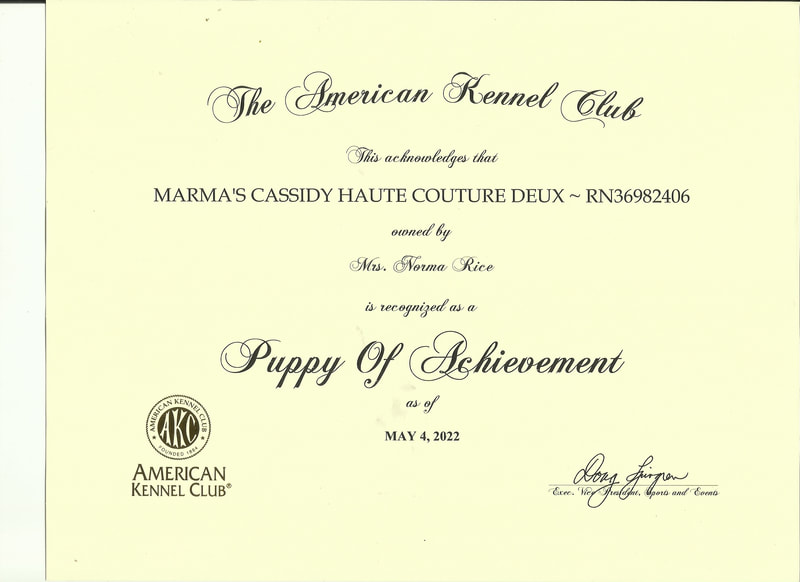 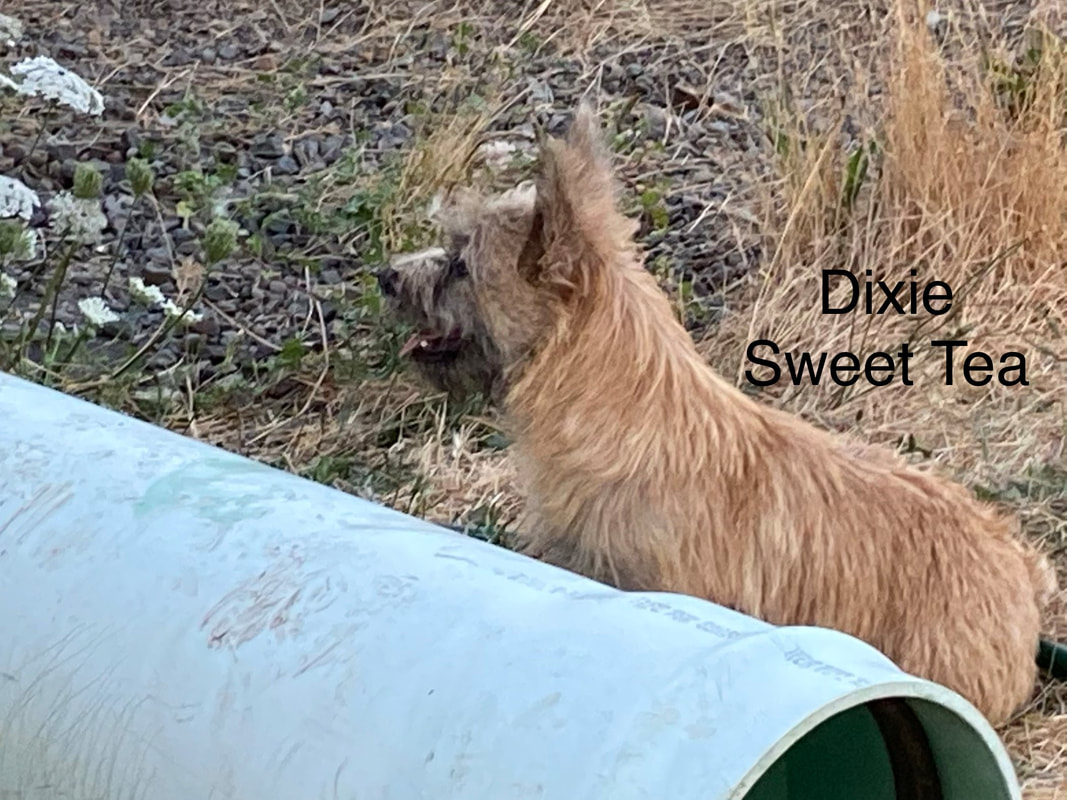 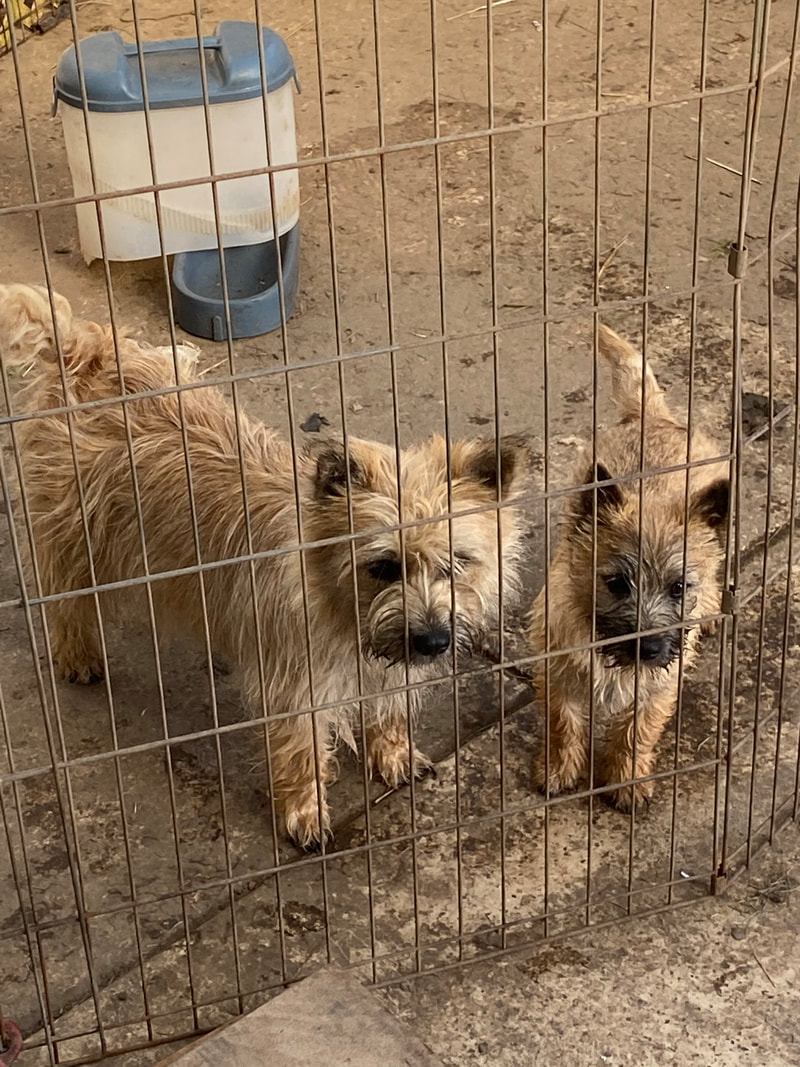 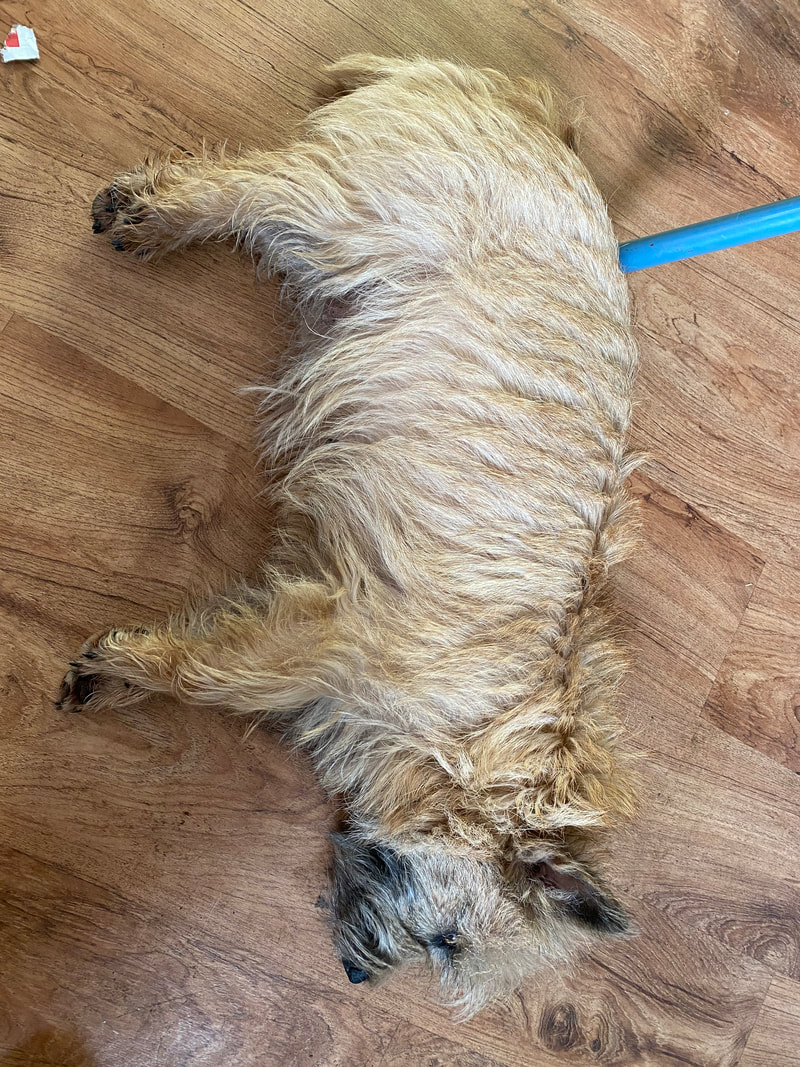 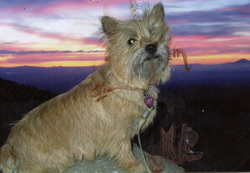 Cricket came to us from Arlene Long, in Nebraska in Spring 2002. She has been the best Cairn Terrier we could have wanted and has served us well. Or have WE served her? I suppose it's a matter of opinion.
Cricket worked with me in our Adult Foster Home for Mentally Handicapped adults and was priceless for me as a guide to what my resident's needed, what their aggressiveness level was (that Cricket understood and I didn't) and was their friend as well.
I took Cricket for training and testing and she was certified as a Registered Therapy Dog with Delta Society and we were able to take Cricket wherever the Foster Home residents needed to go, even into the hospital. When she was there, they were more comfortable and she helped us manage their care more completely with her help.
Cricket gave us several litters of puppies, then retired to watch over ME! for the rest of her life - as well as train the new puppies who come in the house being the best Granny Dog they could want. She teaches them good manners, social behaviors (like don't interrupt Granny Dog's nap).
As a hunter, Cricket is undaunted - even spending hours hunting mice in grass, squirrels in bushes, and chasing chipmunks around a campsite. Digging in soft soil can take hours and she will literally bury herself in the hole she digs.
Cricket is a neutral dog and will not go after a cat and rarely after another dog, except just to identify who he is. 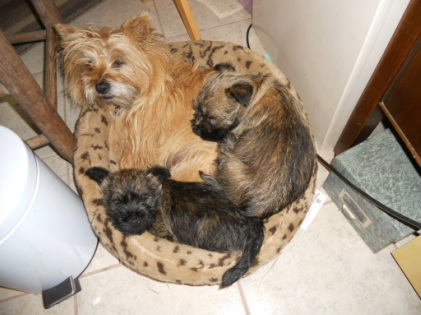 Here are Sancha and Trisket taking a nap with Granny. Do we need a bigger bed? These two girls have left for their new homes now, so Granny can have the whole bed to herself.